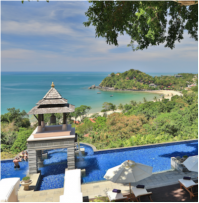 What is Lanta Island (Koh Lanta)

Koh Lanta is located in the southern part of Krabi Province. It is an archipelago made up of 52 islands. Some of the islands are small and uninhabited, and some have few accommodation options for tourists. Koh Lanta Yai, where Pimalai is located, is where most of the tourist facilities are. The island's name was officially declared to be “Lanta” about one hundred years ago, during the reign of King Rama the Fifth. It was at this time also, that the first Chief Officer to govern the Koh Lanta district was elected. The first governor's office, built in classic Thai-style, is a two-storey wooden house still standing in Old Town Lanta today- as Lanta Community Museum with free admission.

How many islands in Koh Lanta

The main islands are Koh Lanta Yai (big island) and Koh Lanta Noi (small island) which are connected to each other by a bridge. Pimalai offers a private speed boat and van exclusively to their guests to travel from/to Krabi mainland to Pimalai.

What is Koh Lanta Noi

Koh Lanta Noi is a land forgotten by tourists, with rubber plantations, palm trees, deserted castaway beaches and local Muslim fishing villages. Our famous Talabeng limestone rocks or “Private Halong Bay” is off the coast of Koh Lanta Noi but you can also take a boat from Koh Lanta Yai to the Talabeng.

What is Koh Lanta Yai

Ko Lanta's history stems from traders who came by boat from China and from the Arab continent, originally using the island as a stopover point because Koh Lanta is full of mangrove trees, where they can burn and use them as coals for their ships. Koh Lanta's Old Town on the East coast of the island is still home to some of the first traditional Chinese long houses built here.

Before the First World War, Saladan at the northernmost point of the island was the checkpoint for all tax-paying boats en route to the Malay peninsula. Today, Saladan became the business and commercial centre where most visitors arrive on the island. Koh Lanta Yai has a very diverse cultural mix with Thai-Muslim, Thai-Chinese and the original Sea Gypsies, all having lived on the island in harmony for hundreds of years.

Why Koh Lanta is worth to visiting?

Koh Lanta has it all. On the west coast, you’ve got sandy beaches that are a perfect base for a swimming session. At the heart of the island there are jungle, mountains, caves and waterfalls while down at the southern tip you’ll find the national park. On the east coast, 100 years old Lanta Old Town has remained very similar to what it was all those years ago. Off the coast, there are large limestone rock formations - The Talabeng Islands, where you explore the hidden beach and cave; and almost 1,000 acres of mangrove forest. Koh Lanta is also a great base from which to go island-hopping, including Phi Phi, Koh Yao Noi, Railay, Koh Ngai, Koh Libong, Koh Lipe, Koh Kradan, Langawi, etc.